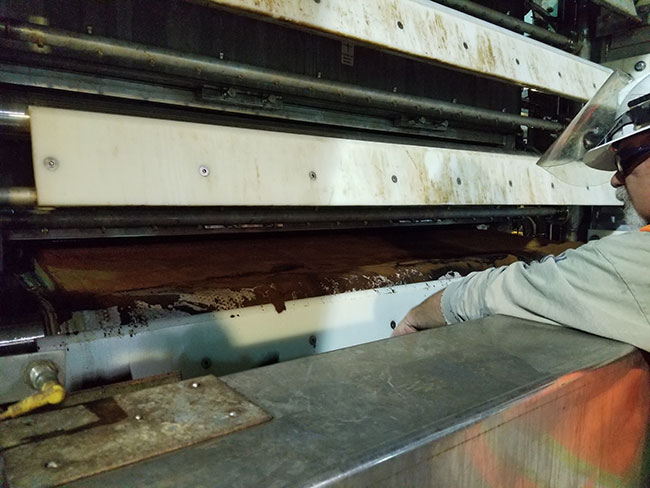 Scientists cracked the code for kraft lignin made from black liquor in the 1940s, but with global attention on climate change and governments around the world focused on lowering greenhouse gas (GHG) emissions while supporting sustainable economies, efficient lignin production and improved quality have never been hotter topics.

In Canada, the federal government earmarked more than $250 million over three years in its 2019 budget to fund innovation and technology in the forest sector.

The investment includes over $90 million for R&D in the bioeconomy. With that funding, forest-research organizations like FPInnovations are spreading the word and developing the science so that large-scale biorefineries from biomass will play a significant role in the transition towards a low-carbon economy.

The global lignin market is expected to reach $1 billion by 2025. In Canada, FPInnovations is the leader in lignin recovery, having led scientific research with partners that resulted in the patenting of both lignin-recovery methods in use in this country – LignoForce System and the up-and-coming TMP-Bio.

Participants came from technical research centres in Finland and Belgium, and from West Fraser Timber and Enerlab, a Canadian insulation-products manufacturer.

The consensus among panelists was that a global lignin culture is in the making, which will lead to multiple non-toxic, carbon-neutral and cost-effective products for use in our daily lives.

Lignin is currently used by industry as a component in wood adhesives and foam insulation, as well as a dispersant in the textile and pesticide industries.

Applications on the horizon include use as a dispersant in the concrete admixture and drywall industries, as well as a replacement of petroleum-based chemicals in the thermoplastics, asphalt and carbon-fibre industries.


“Lignosulphonates have been produced in sulphite mills for the past 100 years,” says Paleologou. “However, sulphite mills are no longer being built, so the demand for lignin products has to be addressed with lignin from other sources.

The most promising sources are kraft pulp mills and advanced biorefinery processes that use lignocellulosic materials as their feedstock.”

FPInnovations licensed it to NORAM Engineering, which resulted in the development of the LignoForce System. In this process, the black liquor is oxidized with oxygen before being acidified with carbon dioxide, which has several advantages including:

Industry is also interested in the TMP-Bio process because it converts all the biomass into cellulosic sugars, and H-lignin (near-native lignin), as opposed to converting only the black liquor. FPInnovations research scientist Changbin Mao explains, “We created this process from scratch in our lab.”

The TMP-Bio process is in the trial phase with FPInnovations and Resolute Forest Products last year commissioning a new $23-million TMP-Bio pilot plant in Thunder Bay, Ontario with funding from all levels of government.


In 2014, West Fraser Timber began planning the first industrial LignoForce facility in Canada. The plant in Hinton, Alberta can today produce 10,500 tonnes of lignin per year. Initially, West Fraser began producing lignin to use in its plywood mills.

“The availability of commercial-scale material has allowed for a growing range of end-user lignin applications, which will ultimately expand the market for our lignin,” says Eddie Peace, leader of bioproduct market development for West Fraser Canada.

“We now better understand the value proposition for our Amallin lignin and what it can do for our customers.”

Enerlab in Beloeil, Quebec replaces more than 20 per cent of the mass of rigid polyurethane foams with lignin.

For company president Armand Langlois, it’s a matter of remaining competitive: “The insulation industry is dominated by multinationals, so we decided to stand out among the competition by moving towards bioproducts and at the same time reduce our environmental footprint.”

A solution to potholes?


An emerging use for lignin is as an additive to replace up to half of the bitumen in asphalt, which would reduce GHG emissions and improve the performance of roads at lower temperatures. FPInnovations is working on a demonstration of biosourced asphalt with RISE BioEconomy, a research institute in Sweden.

With the drive for a sustainable biorefinery industry coming from both the forest sector and government, and with continued research and development, the sector can become a pillar in a low-carbon economy with lignin.