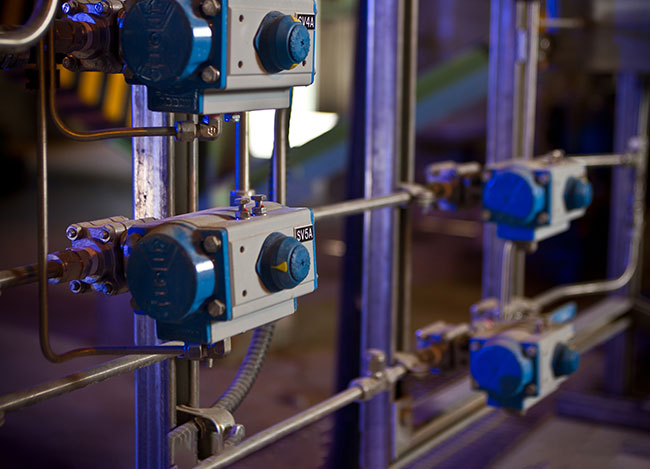 An idea that started in a Canadian research lab almost 30 years ago has developed into a thriving global business, and new applications based on that idea are still being developed.

Near-infrared spectroscopy, which monitors the absorption of light slightly longer in wavelength than visible light, is a technology commercialized only in the early 1990s. The technique was facilitated by the development of computer power to perform Fourier transformation, a mathematical technique that converts a raw light signal (an interferogram) into an absorption spectrum.

Research scientists working at the FPInnovations lab in the 1990s used Fourier-Transform Near Infrared (FT-NIR) spectroscopy to measure the concentration of chemicals used in kraft pulping in order to exert better process control.

This led to the filing of several patents (now a total of 15 in various countries), and the installation of the first commercial FT-NIR analyzer in the Thunder Bay kraft pulp mill now owned by Resolute Forest Products. It is used to measure the concentration of components in the white liquor and weak black liquor, and this information is used to reduce process variability, rendering better process control.

In 2005, the company was spun off from FPInnovations as FITNIR (for its core FT-NIR technology) and was given a worldwide exclusive license to market the technology.

Thanh Trung, the inventor of the technology, left FPInnovations to join FITNIR in 2011, which today is a global provider of process analyzers based on spectroscopy, with 10 full-time staff and two students operating from its Vancouver office, and over 70 installations measuring diverse applications in pulp and paper mills. FITNIR provides benchtop and fully automated online analyzers to measure key process variables and control them. 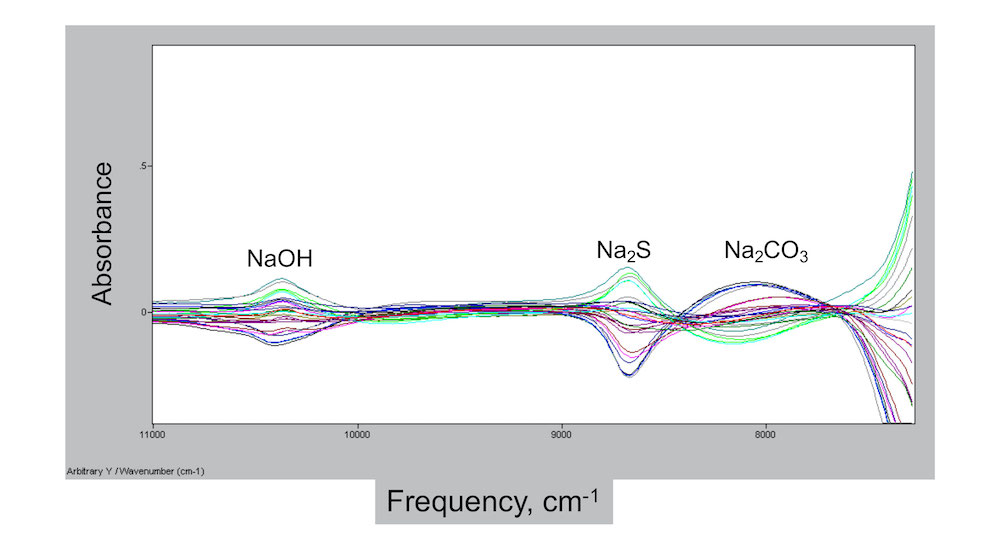 The chemical recovery cycle plays a critical role in the economic viability of a pulp mill. Online FT-NIR analyzers can be used to simultaneously monitor the concentrations of caustic, sodium sulphide and sodium carbonate in green and white liquors and residual effective alkali, total solids, organic solids and dissolved lignin in weak black liquors, derived from unique peaks in the NIR range.

A typical value for the total recovery of chemicals in a kraft process recovery cycle is 93 per cent, but the use of process control strategies linked to FT-NIR analyzers can help raise this number as high as 98 per cent.

Several applications have been developed for measuring NIR absorption by solids, analyzing diffusely reflected light from solid surfaces to determine the absorbance at specific wavelengths.

One example of using FITNIR analyzers to reduce variability in the recovery cycle is to stabilize the total titratable alkalinity (TTA) at the dissolving tank. Implementation in the Södra Cell Mönsterås mill in Sweden resulted in an 80 per cent reduction in sodium carbonate variability.

More stable and higher TTA leads to higher EA (effective alkali) in the white liquor, which leads to less deadload (as carbonate) in the weak black liquor and ultimately less energy for evaporation of water. The steam savings can be of significant value, particularly when it is used to generate electricity. Other potential benefits in the recovery cycle include increased causticizing efficiency, less purchased lime, more stable operations, fewer maintenance issues and improved safety.

Another application of FT-NIR analyzers is for chlorine dioxide generation in the bleach plant, monitoring sodium chlorate and sulphuric acid concentrations. Using the data can result in typical reductions in acid and chlorate strength variations of 45–50 per cent, as well as improved ClO2 generator control and efficiency, improved safety, less lab testing requirements and chemical savings, with a typical payback of several months.

All the above measurements use NIR light in transmission mode, which is shone through a sapphire cell window and the transmitted light is analyzed at the other side. Liquid samples are collected automatically and sent via ½-inch tubing, at high velocity, to a remote field sample station (FSS), situated in the process area.

The NIR light is sent from the spectrometer rack system (SRS), located in a climate-controlled room, to the FSS up to several hundred metres away. Each FSS is able to automatically process samples from several streams in a process area and up to eight FSSs can be deployed at different locations using the same spectrometer. The lines and sample cell are flushed after each reading with hot demineralized water to eliminate any potential scaling problems.

Based on the highest potential value to users, FITNIR’s targeted areas have been the digester, recausticizing, recovery boiler and evaporator processes, and successful applications are available in all these areas using FT-NIR in transmission mode.

In recent years, however, several applications have been developed for measuring NIR absorption by solids, analyzing diffusely reflected light from solid surfaces to determine the absorbance at specific wavelengths. An application launched in 2018 is the measurement of moisture content in wood chips using NIR in diffuse reflectance mode.

FITNIR and FPInnovations developed a sensor for the chip conveyor feeding a digester. Without moisture measurement, wood chips are normally fed at a constant conveyor speed, but due to variability in moisture content, the actual flow of fibre into the digester varies.

Using the chip moisture signal to control the chip feed rate can compensate for changes in moisture content to obtain a relatively constant dry fibre feed rate. This enabled one mill to increase production by up to four per cent as well as improve fibreline stability.

Another use of NIR in reflectance mode is for Kappa number measurement (based on NIR absorption by lignin). FITNIR established a linear relationship between NIR absorption values and Kappa levels from five to 120. Most of these analyzers are being used at high Kappa values in linerboard mills, where traditional techniques using UV light are not very reliable due to interference by lignin fluorescence.

Interestingly, the most recent ideas for using FT-NIR have come from FITNIR’s existing customers wanting to use the spectroscopy platform for new applications.

For example, one bleached kraft pulp mill has a benchtop Kappa instrument from FITNIR, but asked for brightness readings from the same instrument. FITNIR was able to provide this for them in the fall of 2020 and it is working very well.

Another mill asked for a measurement of chloride in their pulping liquor, as there was possible contamination in their wood chips.

The Domtar Kamloops mill was looking for the ability to rapidly measure kappa number on a dry pulp sheet for ISO 9001 quality control, and can now measure this in 13 seconds prior to baling the pulp. Another measurement developed by FITNIR measures the viscosity of a dry pulp sheet.

FITNIR is shedding new light on process chemistry. The company is even hearing from other industries looking for FT-NIR process measurements, such as an aluminum producer that wants to monitor the chemical process to convert bauxite to alumina.

Martin Fairbank, Ph.D. has worked in the pulp and paper industry for over 35 years and is currently a consultant and technical writer.

This article appears in the Winter 2021 issue of Pulp & Paper Canada.