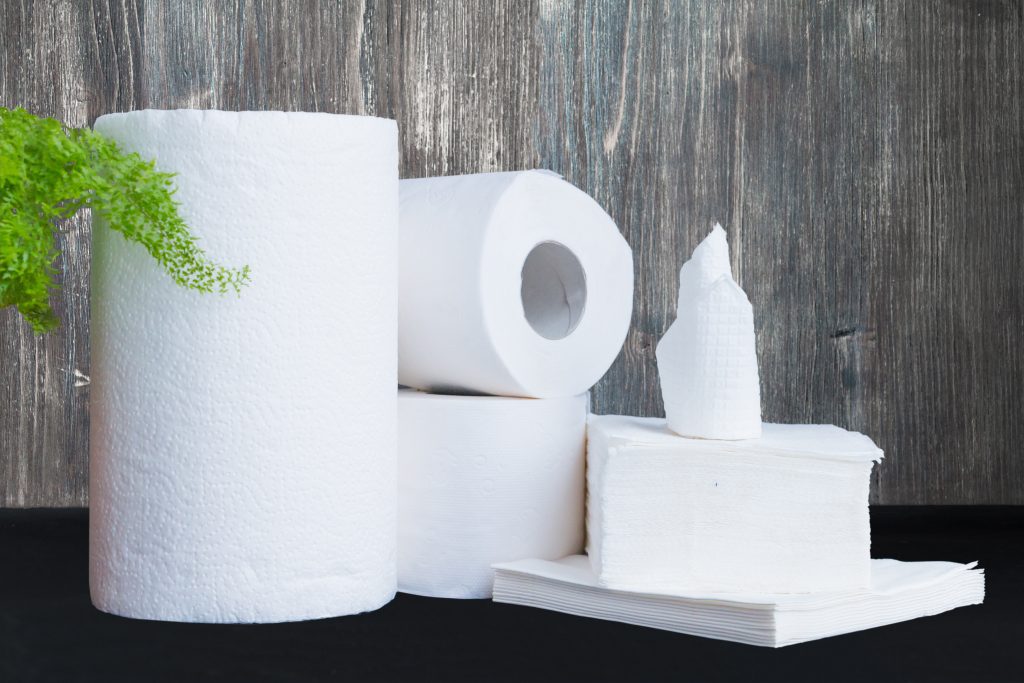 As it has been in the past, the current market outlook for tissue is strongly tied to demand, but consumer concerns over sustainability – concerns that span all sectors, not just pulp and paper – mean that new products made from greener materials and processes may take flight.

Before we look into that and other factors affecting current demand, as well as what’s ahead for tissue markets in 2020, let’s take a quick glance at pulp price trends and production capacity.

Pulp prices are presently at historic averages, and the price of recycled fibre has decreased as well, notes Suzanne Blanchet, chair of TAPPI’s tissue division and former president and CEO for Cascades Tissue Group.

On the production side, because the pulp market has been slow, some pulp producers have been taking downtime, explains Peter Berg, director of knowledge for paper and forest products at McKinsey.

“As far as we can see, there has been about 160,000 tonnes of bleached sulphate kraft pulp market-related downtime in Canada so far in 2019,” he says at the time of our interview. “This curtailment was partly due to difficult wood sourcing but also to slow pulp sales.”

Moving on to what’s most in demand, Bruce Janda, senior consultant of business intelligence at Fisher International and Forest2Market, notes that over the last few decades – and even after the 2008-09 recession – consumers have never stopped buying ultra-premium toilet paper. “It’s become the norm in the U.S. and it’s the biggest tissue market segment in North America,” he says.

“Extra absorbency does require either extra fibre or processing equipment, but if consumers use less sheets, that’s good for the planet, and companies that sell high-performance products should benefit,” says Janda.

But, while North American demand for toilet paper and other tissue products is very strong, it is still outpaced by demand in China. Blanchet notes that in China for example, paper towels and napkins are becoming increasingly popular in restaurants.

However, Janda cautions that China is in an economic slowdown (which many believe is worse than what’s been reported), and that growth there in both tissue production and demand will likely continue to be low for the next while. Indeed, Berg says that China’s tissue production growth rates in 2018 were about half of those in 2017.

In the other direction, the U.S. imports only about 10 per cent of its tissue needs, he says, and only part of that comes from China. However, Berg adds that if the U.S. trade tariffs against China remain in place long enough, Chinese tissue exports to the U.S. are likely to decrease and Canadian producers might be able to step in to fill that small gap in the U.S. market.

Sustainability is a large consumer concern across all purchases right now. With tissue, concerns seem to currently centre most on fibre supply with some focus on processing methods. “I think use of alternative sources of fibre are welcomed by consumers like recycled fibre is, but recycled fibre should be number one,” says Blanchet. “At the same time, there is still a perception that recycled materials won’t be as soft, but with today’s technology, it has reached a satisfying level of softness.”

Janda notes that almost a third of tissue products used in the U.S. and Canada are used away from home – napkins, paper towels and toilet paper in restaurants and so on – and 80 per cent of that is already recycled. And while he says there’s “excitement” about using alternatives such as wheat straw, oat straw, sugarcane debris, bamboo, “we’ll have to see what happens. Bamboo has been grown as a dedicated crop, and I’m not sure that that’s more environmentally friendly than replanting trees in forested areas. It’s certainly faster-growing than trees, so it makes sense on land that doesn’t support forests.”

Janda says that while he gets asked about non-bleached products all the time, he doesn’t see them taking off in the near future, based on results from consumer studies.

Tissue products with “greener” designs should be a shoo-in for consumer attention, but consumer acceptance of new offerings can be complex.

New toilet paper rolls from Scott without the cardboard tube, for example, should attract consumers concerned about the planet, but only time will tell. Charmin has introduced the Forever mega-sized home toilet paper roll, and while fewer tubes are required compared to the equivalent amount in conventional rolls, the firm seems to be marketing them as time-saving product (replacement is not needed as often) and not as a greener one. Because Forever rolls also require a special holder that takes up already-limited space in the washroom, their future seems uncertain.

But what about products that aren’t bleached snow white – shouldn’t they be snapped up by all of today’s consumers who are looking for products made with fewer chemicals?

“I don’t see why we shouldn’t use beige products in our homes,” says Blanchet, “but I’ll tell you, about 10 years ago, we made beige paper towels at Cascades for a large retailer’s brand and it was discontinued a few years later because it wasn’t selling enough.”

Similarly, Janda says that while he gets asked about non-bleached products all the time, he doesn’t see them taking off in the near future, based on results from consumer studies. “Women buy 90 per cent of tissue and use about 80 per cent in the home,” he says, “and they want white.”

He says he is excited, however, that there are proposals to replace the clear plastic overwrap on packages of toilet paper with a paper version. “There’s a dissonance for consumers in that toilet paper is a product made from renewable materials but it’s wrapped in plastic,” he says. “Images of all the plastic in the oceans [are] really bothering people, and I think paper overwrap is worth a shot.”

In terms of other sustainability factors, Janda points to absorbency of tissue products (improvements in absorbency from Through Air Drying (TAD) or other structured processes that allow less product to be needed per use). “Yes, extra absorbency does require either extra fibre or processing equipment, but if consumers use less sheets, that’s good for the planet, and companies that sell high-performance products should benefit,” he says.

“And, depending on the product format or what it’s used for, there may be less production energy involved per sheet or per use.” Berg adds, “Many actions that are right from the angle of environmental sustainability are also positive from an economic sustainability perspective, improving margins.”

In terms of sustainability concerns about tissue processing, Janda says issues relating to effluent have generally been solved but that innovations to reduce energy use are yet to come. On the effluent front, he notes that many mills have started to close up water systems and avoid water waste that all has to be treated and discharged.

In addition, some mills are recovering wastewater after treatment and reusing it. “Mills in arid regions are starting to use reverse osmosis membrane filters and other advanced separation technology to further close up the water systems, resulting in lower fresh water consumption and waste volume discharged,” he says.

In the area of energy use, Janda says 40 per cent of all tissue in the U.S. is now made using TAD and, although both its electrical and thermal energy consumption are higher compared to other processing options, it’s now the standard for new plants across North America. For example, Kruger Products is currently constructing a $575 million TAD ultra-premium tissue mill in Sherbrooke, Quebec.

“There has been exploration of how to create different tissue structures,” Janda explains. “[like] how to get air pockets that provide absorbency without needing to blow air through, and we’ve also gone through waves of using different processes such as NTT and ATMOS, but they’ve all come up relatively short.”

Berg believes that due to new plant investments in China, North America and other regions, overcapacity will persist for some time. “This will keep the cost pressure on producers and force the closure of older machines,” he predicts. “Cost pressure in some regions is also being further fueled by ongoing structural changes in the retail and distribution parts of the value chain, including the balance between private-label brands and the growth of e-commerce.”

In terms of sustainability, all three experts agree that consumer demand for greener products and processes are likely to increase. More “green” gains could be made in away-from-home products, says Blanchet, and gains in consumer purchasing of greener products for home use will require the leadership of a big brand.

As a last thought, both Janda and Blanchet point out that tissue should be promoted by the pulp and paper industry and tissue brands as the best way to complete sanitary handwashing. Blanchet says research has proven that use of paper towels is more effective than air dryers in reducing bacteria.

Janda adds, “With the Norwalk virus being more common and other contagious flus and colds, we need more hand washing going on. Away-from-home, paper towels should be a part of that.”

This article was originally published in the Winter 2020 issue of Pulp & Paper Canada.