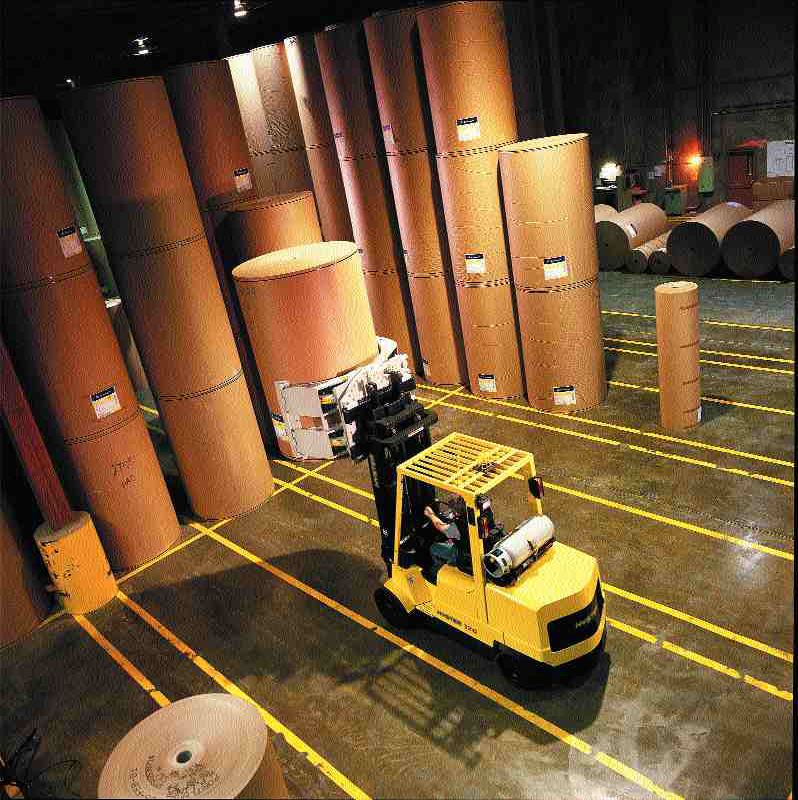 Knowing your surroundings is the key to safety. You have to know what and who's around you, where your load is, how far away are you from objects and people. Know your blind spots.

A forklift operator at a paper mill in Manchester, England, fractured his pelvis and suffered serious internal injuries when the lift truck he was driving overturned and fell on top of him.A lift truc…

A forklift operator at a paper mill in Manchester, England, fractured his pelvis and suffered serious internal injuries when the lift truck he was driving overturned and fell on top of him.

A lift truck driver was fatally injured at a Balcatta, Australia, warehouse when the forklift he was driving overturned at the edge of a loading dock.

A forklift accident in Halifax resulted in death of one man who managed to jump out of the forklift as it overturned — but not far enough to get clear. He was pinned down when the truck hit the ground.

Statistics from the Occupational Safety and Health Administration (OSHA) show that about a quarter of all lift truck-related deaths are caused by forklift overturns. The US Bureau of Labor statistics support this claim, as the numbers say deaths from overturns are more frequent than any other forklift-related accidents, such as forklift collisions or running off the dock, workers struck by forklift or its load, pinned between objects, falling from forklift, or injured during forklift repair.

Tip-overs are mostly caused by loss of control from speeding. By taking a turn too quickly or moving an elevated load at a high speed, lift trucks are likely to overturn. Unfortunately, many do not survive to warn other operators of the danger.

In 12 years of working as a folio finisher at Weyerhaeuser in Saskatchewan, Donna Skotheim has witnessed enough close calls to realize that speeding is not the answer to increasing productivity.

“Safety is more important than speed,” she said. “Operators should always maintain a safe speed because, by doing that, they will have enough reaction time for unexpected pedestrians or unsecured loads.”

A student employee operating a lift truck struck and knocked down a fellow employee walking along a pedestrian walk in Portland, OR. The driver had never received training. His forklift was loaded with a large carton of paper which obscured his vision as he turned left and struck the pedestrian.

Accidents involving pedestrians are a major safety concern since they are the most common non-fatal forklift-related accidents. It seems that no matter how manufacturers incorporate bells, whistles, mirrors, horns and other signaling devices on their lift trucks, these accidents continue to plague the workplace.

Skotheim said it is indeed a common occurrence, and can only be prevented once workers understand that safety is a two-way street.

Her colleague, Pat Freeborn, shares her view. “Knowing your surroundings is the key to safety,” he said. “You have to know what and who’s around you, where your load is, how far away you are from objects and people. Know your blind spots,” he added.

Both agree that nothing compares to proper training.

“It wouldn’t hurt if mills implement training on a higher level,” said Skotheim. The training that her company provided for her proved to be valuable, as she feels it made her more confident and wiser.

OSHA has regulations when it comes to training. No longer is watching a 20-minute video to be “certified” acceptable. Since 1999, lift truck operators are required to be trained and evaluated in accordance to the new OSHA ruling. Major changes and improvements are being proposed on an on-going basis concerning how companies will be required to train lift truck operators. Oftentimes, it is the lift truck manufacturers who provide the training on behalf of the companies.

So many lives have been sacrificed because of the lack of training in safe operations, especially among young drivers. Superior Safety Training reports that workers under the age of 25 account for approximately 12% of all work fatalities and nearly 20% of all forklift-related fatalities.

One incident in Canada involved two young operators who were playing around with their respective forklifts and backed into each other at a high speed.

Another incident in the U.S. involved two 19-year-olds who were changing light bulbs at a warehouse. One operated the forklift, lifting the other one within reach of the light fixtures, 20 feet overhead. The operator decided to give his buddy a thrill by driving around the warehouse back and forth at full speed, with the mast extended. Fortunately, no injuries happened when the driver slammed on the brakes to avoid an obstacle — the bulb fixer managed to wrap his arms and legs around a truss and simply dangle from the roof of the warehouse.

Incidents like these can, of course, be avoided, but it requires common sense, according to Skotheim. “Companies must provide certification for all its forklift operators, and not just hire anyone off the street and ask them to operate the lift trucks.”

OSHA investigators say some companies occasionally assign truck drivers or other mill employees without proper training to operate lift trucks, especially when there is a shortage of operators.

One incident tells of an employee at an American company who hopped on the forklift when the operator was on a sick leave. The plant manager saw him playing around with the controls and moving products around the warehouse, so the manager called him to the office to reprimand him, yet ended by signing a certification card. “You’re certified,” he said.

There are repercussions in doing that, of course, but only when the person or company get caught. Unfortunately, an accident may happen first.

Stuart Sandberg, who certifies and trains operators at Weyerhaeuser according to the OHSA regulations, said companies are fined on a case-to-case basis when an uncertified operator has an accident. These fines can go up to $500 000.

In 1999, a Canadian paper company was fined when one of their employees was crushed to death by a lift truck, not only because it failed to ensure that pedestrians and vehicles were properly segregated at its site, but because a truck driver doubled as a lift truck operator.

Many small companies and warehouses do not employ full-time lift truck drivers, and often other employees double as forklift operators as well. Because they are unfamiliar with controls and lift capacity, the potential for accidents increases tremendously.

“Oftentimes, people at the managerial positions don’t understand the amount of time it takes for people to shift in thinking from car driving to lift truck operating,” Sandberg explained.

Lift truck operation is more complicated than it seems. People who are excellent drivers are not necessarily better lift truck operators. It can be a difficulty in fact, according to Sandberg, since people tend to apply their driving skills when operating lift trucks.

“Unlike regular cars, lift trucks pivot at the rear when they turn, instead of the front,” he explained. “It is not a simple machine that takes you to one place from the other, it is a lifting machine.”

His 15 years of experience have taught him that most accidents occur because of poor operator judgement. Most operators opt for a shortcut, as opposed to a procedure that has already been standardized.

“That is why training is critical. And both the management and operators must understand that.”

Most companies have a policy that says lift trucks have the right of way and that, according to Sandberg, is not smart.

“Ever since we are kids, we were taught that pedestrians have the right of way and suddenly you find it is not the way it works at certain mills and warehouses,” he said. “I still advise all my operators to yield the way to pedestrians.”

It is common sense that pedestrians must be segregated from these machines as much as possible. This can be done by providing sufficiently wide traff
ic routes, marked traffic routes and marked pedestrian routes. Separate doorways for pedestrians and lift trucks would also help, as well as barriers. There should always be suitable pedestrian crossings and mirrors on locations where view is restricted. But because of distortion, operators must not rely on mirrors to maneuver around the facility.

Trucks are often equipped with mirrors, horns and blinking lights to signal every turn or reverse. But pedestrians must help the operators by wearing high-visibility clothing.

Safety is everybody’s responsibility. And that includes companies as well.

The pulp and paper industry is not blind to all the accidents happening within, said Herb Tessier, senior safety consultant of Dupont Safety Resources. That is why the Pulp and Paper Technical Association of Canada, where Tessier is a member (Mechanical Maintenance and Engineering Committee), is sponsoring safety awareness about possible hazards in the mills.

“We are starting to sponsor monthly safety tip and awareness based on an incident,” said Tessier. “These are not only related to forklift accidents.”

Safety is knowledge and safety is everybody’s responsibility, he said. Companies should be aware and sensitive to this issue.

“When you injure your employees, you lose everything.”

Although certification is being implemented, there is a loophole in the system since there are no set standards — employers are left to make decisions on their own.

“OSHA says operators must be provided ‘adequate training’, but what is adequate really?” asked Sandberg. It should be a provincial regulation, he suggested, since most employers don’t really take the matter seriously.

Operators need that time to understand how lift trucks operate, he said, because they might understand how to drive but still need the practice. And that is not the end of it, since operators need to continue to work on their skills. There is a need for re-certification and the government should lead by example.

“The time has come for provincial governments to step in,” Sandberg said. “No, actually, the time has passed.”