News
Man behind the Mill: Jean Marc Robitaille of the Laurentide Division 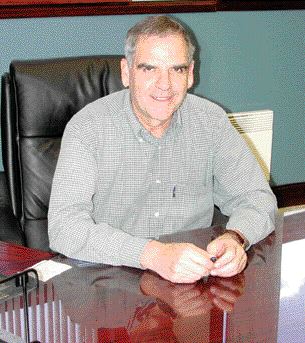 In 1903 the first edition of Pulp & Paper Canada rolled off the presses on the very newsprint that its editorial focused on. For the next one hundred years the publication evolved to being regarded as…

In 1903 the first edition of Pulp & Paper Canada rolled off the presses on the very newsprint that its editorial focused on. For the next one hundred years the publication evolved to being regarded as the journal of record for the industry, reflecting the multitude of revolutionary changes that have effected the process of papermaking. To commemorate our 100th anniversary, we will profile mills managers from across the nation who have had a significant impact on both their workplace and on the industry as a whole. They represent a special breed of individual, one who respects the historical evolution of the industry, while simultaneously embracing what the future brings.

Abitibi Consolidated is a global leader in newsprint and uncoated groundwood paper production with ownership interests in mills in Canada, the USA, the UK and Asia. Annually the company markets over 6 million metric tons of newsprint and over 1.8 million tons of value added paper. Its product is exported to nearly one hundred nations world-wide. Within this expansive corporation there exists a pulp and paper mill that is unique both in its longevity of operation and in its location in the Mauricie region of the province of Quebec. Indeed this region has long been viewed as the historic North American capital of paper production.

The city of Grand-Mre boasts its very existence to the Laurentide Division paper mill. Their history has been intertwined for over a century, since the summer of 1888 when paper was first produced at the mill. By 1894 the plant’s production had triumphantly reached sixty tons per day.

All of these achievements preceded the actually founding of the city of Grand-Mre by four years. In 1898, two years before the turn of the century, the city of Grand-Mre was founded with the mill workers and their families, forming the foundation of a proud new city. The Laurentide Division is one of the industry’s oldest operations and its strong historic roots create a strong sense of pride in its employees. Mill manager, Jean Marc Robitaille says, “The people who work here see the mill as a leader in the industry, and they have always been proud of that.” The mill has served as a “pioneering ground for evolution in the paper making business,” he adds. Now producing the highest quality value added paper, both the city of Grand-Mre and the Laurentide Mill are as success driven today, as they were one hundred years ago.

At the helm, 59-year-old Robitaille almost glows with pride as he speaks about his mill. The pulp and paper industry is in his blood. He was born in St. Raymond, a small town outside of Quebec City, and he recalls that as a child he looked out of his bedroom window at a small paper mill. His first summer job as a youngster was at the mill, and he smilingly adds, “living with the forest and the mill has always been a strong part of my family’s life”. It is almost fitting that a mill manager who has devoted his working career to the pulp and paper industry should run an operation with such historical significance as the Laurentide division. Much has evolved since 16-year-old Jean Marc first entered a paper mill. The most significant technological evolution, according to Robitaille, is the present-day use of the PYE system. The determination of how the mill is running is now attainable in less than three minutes. The speed of acquiring such data so rapidly is revolutionary, but as he adds, “it does not replace walking through the mill. I can always tell how the operation is functioning just by the look on the faces of the workers.” His favourite part of the day is to leave his office and get close to the eye of the operation. It is precisely this quality that makes Robitaille unique among mill managers. He has garnered the respect of his workers and his corporate principals. Jean Pierre Ayotte has known him for thirty years and refers to him as “both a friend and a boss”. That sentiment of mutual respect echoes throughout the plant. It is not surprising that, along with the nearby Belgo Division, the Laurentide Division is respected not only for the quality of its labour force, but also for its innovative practices with regard to employee and union relations. Vice President of Operations for value paper, Pierre Felx, equally a long-time colleague of Robillard, says, “He is a remarkable leader. The decisions that he has had to make have not always been easy, but his natural way of relating to people, makes him a special manager.” Jean Marc Robitaille is a humble man who simply says of his knowledge of the pulp and paper industry, “I’ve always just loved what I am doing”. To have him over-see one of Canada’s heritage paper mills is a crowning touch to a distinguished career.