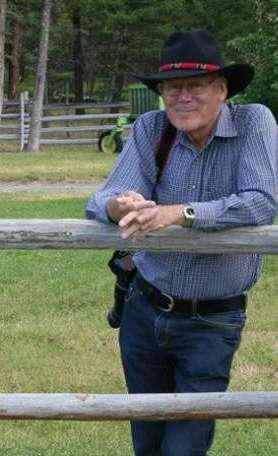 The Paper Industry International Hall of Fame’s membership will expand to 129 on October 15 with the induction of six more paper industry notables. Included in that class of six is Norm Dove, who designed a better steam shower system for fourdriniers.

Dove was awarded a patent for his invention 1970. He then founded a company to produce and market the system, Devron Engineering Ltd.
Dove refined his steam shower design and continued working on other inventions for the paper industry. By the end of 1990, Devron enjoyed a worldwide market share of 30% while competing against much larger companies.
Dove says his company specialized in the cross direction control of moisture, fibre, caliper and gloss of a sheet of paper as it is being produced. He has been awarded 23 patents during his career. Dove sold Devron Hercules Engineering in 1992; it is currently owned by Honeywell Corp.
Dove subsequently left the paper industry, and went on to develop a guest ranch and spa in the Cariboo region of British Columbia. He is the owner of the Echo Valley Ranch & Spa.
The Paper Industry International Hall of Fame recognizes individuals who pioneered and/or helped the world’s paper and allied industries flourish. The 2015 inductees are:
– Havilah Babcock (deceased), a co-founder of Kimberly-Clark.
– David A. Bossen (deceased), who founded Measurex Corp. in order to pursue his vision of applying the emerging digital technology of mini-computers.
– Norm Dove, founder of Devron Engineering, is the holder of 23 patents related to papermaking.
– Bjarne Holmbom, a scientist whose research has had a major significance for the development of forest industry and wood-based innovations, creating new commercial fields building on the inherent chemistry of wood.
– Alf de Ruvo (deceased) spearheaded a composite materials approach on paper packaging materials.
– Wang Zhen, who developed an innovative wooden-block movable type system to print the world’s first mass produced book, the Nong Shu or Book of Farming (published 1313 A.D.