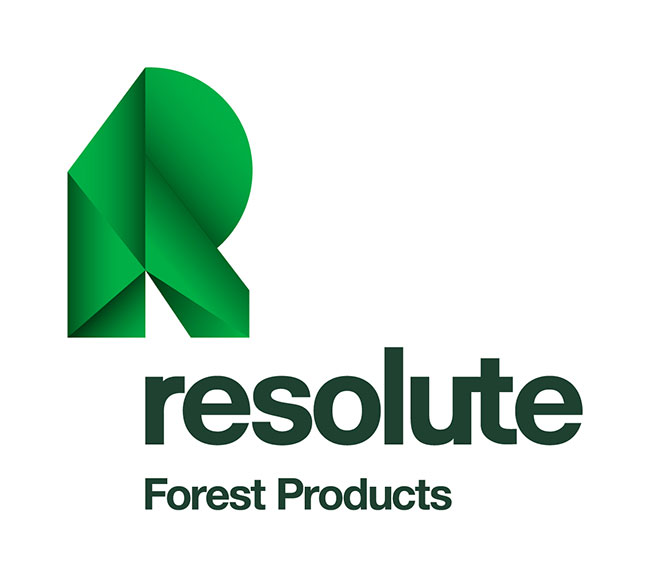 “The first quarter’s results reflect a resurgence in market prices for lumber that began late in 2019 together with lower maintenance costs in pulp and paper, but they were unfavourably affected by lower newsprint prices,” says Yves Laflamme, president and chief executive officer, in the results.

“The tissue business is progressing well in the current context as we grow our customer base with the increase in demand and we demonstrate our products and capabilities.

“While we continue to operate across all of our business segments, we’ve had to take a number of measures in the face of the dramatic reduction in economic activity due to the coronavirus pandemic, such as reducing our operational footprint to demand levels consistent with essential needs, drawing on our credit facilities to keep higher levels of cash, reducing SG&A expenses and suspending or deferring capital spending.

“We are well-positioned financially and operationally to face this challenge, but this situation contains a very high degree of uncertainty and the extent of the potential consequences are impossible to predict.”

The overall impact of transaction pricing was unfavourable ($4 million), due to weaker newsprint prices despite higher prices for wood products, while the market pulp and tissue segments contributed to the overall improvement in volume ($3 million).

The operating loss in the market pulp segment narrowed to $3 million in the quarter, an improvement of $15 million from the previous quarter. This reflects a reduction in manufacturing costs of $18 million, which includes lower maintenance as a result of less spending and the timing of the Saint-Félicien (Quebec) outage in the previous quarter.

Accordingly, the operating cost per unit (or, the “delivered cost”) fell by $68 per metric ton, or 10 per cent, compared to the fourth quarter.

Shipments were 10,000 metric tons higher, but the average transaction price slipped by $16 per metric ton. After two negative quarters, EBITDA in the segment improved to $3 million. Finished goods inventory remained low for the third consecutive quarter, ending at 69,000 metric tons.

The tissue segment reported its first operating income quarter since the start-up of the tissue machine in Calhoun (Tennessee), at $2 million, which is an improvement of $3 million over the fourth quarter.

The better performance is due to a 22 per cent increase in shipments (5,000 short tons), even as prices continued to trend upward on improving customer mix. The delivered cost also improved, falling by a further $66 per short ton, or four per cent. Segment EBITDA was $6 million.

Operating income in the wood products segment was $5 million in the quarter, a $10 million improvement from the fourth quarter.

The improvement reflects a $29 per thousand board foot increase in the average transaction price, or eight per cent, and the positive contribution from the U.S. sawmills acquired on February 1.

Shipments were 53 million board feet higher as a result of the added capacity and stronger market conditions, despite rail blockades in Canada and the economic fallout of the unfolding coronavirus pandemic.

The delivered cost was essentially unchanged in the quarter, at $380 per thousand board feet. Excluding the recently-acquired U.S. sawmills, the company recorded approximately 70 million board feet of downtime in the quarter, which is consistent with the fourth quarter. EBITDA in the segment improved by $12 million, to $16 million.

The newsprint segment incurred an operating loss of $6 million in the quarter, down from breakeven in the previous quarter. The average transaction price fell by $36 per metric ton, with most of the decline in export markets, and shipments slipped by 11,000 metric tons.

Lower maintenance costs helped to partially offset this impact, contributing to a $16 per metric ton improvement in the delivered cost. Ending finished goods inventory was unchanged in the quarter. EBITDA declined by $7 million, to breakeven.

Operating income in the specialty papers segment was $3 million in the quarter, an improvement of $4 million from the previous quarter. This is due to lower maintenance costs and higher generation from internal power assets, which together helped to reduce the delivered cost by $40 per short ton.

But the favourable impact was partially offset by a $15 per short ton reduction in the average transaction price. Shipments were essentially unchanged, but finished goods inventory rose to 49,000 short tons by quarter-end due to better productivity. The segment generated EBITDA of $14 million, a $4 million improvement from the previous quarter.

Concerning the coronavirus pandemic, Laflamme adds that “The pandemic created more uncertainty, starting in China, in the slowly improving market conditions for pulp, causing prices to slip in the new year.

“But again, global demand seems resilient, as higher-quality tissue demand outpaces the reduction in printing and writing end-uses, which makes us cautiously optimistic for sustained volume and improving pricing.”