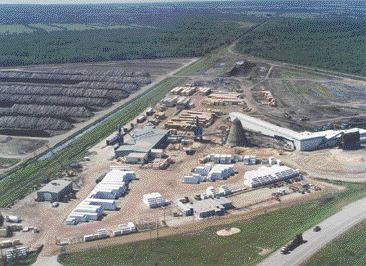 WILMINGTON, DE — An army of DuPont workers, family and community members stormed the chemical company’s headquarters in Wilmington mid-September, to show support for union DuPont employees. The workers are currently members of PACE, the paper, allied-industrial, chemical and energy workers union and are negotiating contracts at three separate locations.

“We have been working under an expired contract since June 1, 2004 and our members have continued to operate the facility safely in an environmentally sound manner, meeting all of our customer’s needs every day, without a contract to protect their rights on the job,” confirmed Mark Schilling, president of a PACE division.

According to DuPont union council chairman and region three director/PACE international president Ken Test, attempts at negotiation have repeatedly fallen flat. “The DuPont union council has made countless attempts to engage the company in constructive dialogue, but has always been denied,” he said. “Relations between DuPont and PACE have become severely strained due to the company’s anti-union stance that PACE believes is intended to break the union at each facility. The company has become a frequent violator of US labour laws and it seems that lawsuits are the only device to bring the company to the table for real negotiations.”

MONTREAL, QC — Domtar halted production at its Val d’Or and Malartic sawmills on October 4th. A shortage of timber resulting from a dispute between the Algonquin communities of Lac Simon and Winneway and the Quebec Government culminated in the erection of a barricade that prevents wood harvesting and transport in the sectors supplying the two facilities.

“We hope that a solution to this situation, which has led to downtime for an indeterminate period of time, will be found as quickly as possible so we can resume operations,” said Richard Garneau, senior vice president of wood products. “This situation is all the more unfortunate since our land use plans for the sectors concerned in the current dispute have all obtained the approval of the Algonquin communities involved as well as the Government of Quebec,” he added.

STAMFORD, CT — MeadWestvaco has been named to the Dow Jones Sustainability World Index. Selected on the basis of its economic, environmental and social performance, a member company is evaluated in terms of an assessment with 50+ criteria categories.

The indexes were instituted in 1999. They are the first global indexes to track the performance of leading sustainability-driven companies.

CHICAGO, IL — Smurfit-Stone Container Corporation is a safe place to work. The company was recently named as one of America’s safest companies, according to Occupational Hazards, a magazine that reports on safety, health and loss prevention issues.

Although recognition by Occupational Hazards is new for the company, emphasis on safety is not. Based on annual statistics compiled by the American Forest & Paper Association, Smurfit-Stone has led the pulp and paper industry pack in terms of safety for the past three years.

“Our Smurfit-Stone Accident-Free Environment (SAFE) process embraces the beliefs that all injuries are preventable, safety is everyone’s responsibility, working safely is a condition of employment, training employees to work safely is essential and safety is good business,” said Larry Otten, the company’s director of health and safety.

VANCOUVER, BC — Growth levels for the global forest and paper industry were disappointing and well below target levels in 2003, according to PricewaterhouseCooper’s annual 2004 Global Forest and Paper Industry Survey.

However, the survey further indicated that 2003 was a better year for Canadian and U.S. forest and paper companies than 2002. For the 11 Canadian-based companies who participated in the survey, a trend towards average gains in net income, revenues and return on capital employed was marked.

HELSINKI, FINLAND — Stora Enso has divested its majority shareholding in PT Finnantara Intiga, owner of the Finnantara plantation in West Kalimantan, Indonesia, to Global Forest, Ltd. Stora Enso’s decision to denude its interest in the plantation is in line with its focus on releasing capital to invest it in its core businesses.

WASHINGTON, DC — The U.S. government has imposed antidumping duties on decorative tissue and crepe paper from China, according to U.S. manufacturers of the products. Economic analysis conducted by the Department of Commerce in collaboration with the case calculates preliminary dumping margins of up to %163 for decorative tissue imports and %266 for crepe paper imports.

International trade attorney David Hartquist is content with the decision. “We are pleased that Commerce agrees without contention that the short-term success enjoyed by the Chinese producers has been gained through unfairly pricing their imports and underselling in the American marketplace,” he said. “Their tactics have created a price turmoil that has jeopardized the long-term viability of yet two more American manufacturing industries and workers.”

MONTREAL, QC — According to the Pulp and Paper Products Council, in August, world chemical market pulp producer inventories increased by 200,000 tonnes compared to the previous month. At current shipping rates, it is estimated that producers held 41 days of supply at the end of August, three days more than the previous month. Pulp producers operated at 97% of capacity, 1 percentage point more than August of last year. Market pulp shipments were down 3.6% year-over-year, but were 5.2% higher on a year-to-date basis.

CASCADES GOES BACK TO WORK

KINGSEY FALLS, QC — Cascades reached an agreement with unions at its St-Jrme plant, ending a strike that began on September 25th. Operations started up again on October 5th. The plant’s 325 workers voted to strike after rejecting a six-year contract offer.

President and chief executive officer of Cascades Fine Paper Denis Jean commented, “we are very pleased to have resolved this matter quickly and in the best interests of our customers, our employees and Cascades.”

EDMONTON, AB — Millar Western Forest Products is investing $8 million in its lumber manufacturing facility in Boyle, AB. Work on two major projects involving the facility’s lumber recovery, operating efficiency and wood waste management has started and is expected to be completed in 2005. The new capital projects will employ up to 30 people at the peak of construction and won’t interrupt normal mill operations.

Kerry and Chad down for the count

Homeland security, taxes, education and healthcare were touted as the make-it-or-break-it issues of the US presidential election. However, what elections really come down to in some states, are chads. Hanging, pregnant or otherwise, the culpable, circle-shaped pieces of paper carry their weight in gold in terms of the problems they create when trying to count ballots.

The cause of migraine-scale headaches in Florida during the 2000 election, chads were held largely responsible for the resulting chaos after voters took to the polls in November of that year. Voters were supposed to place a rectangle beside their candidate of choice. However, automatic machines discarded thousands of votes, because they were improperly punched. According to the BBC, heated arguments about whether or not to count ballots whose chads stubbornly clung on by one or more cardboard fibres, ensued during the tallying process.

Although the bulk of states used electronic-based voting systems this
November, challenges and difficulties implied by these methods led to a reluctant decision to not eradicate the paper trail, in order to assure voters their ballots were accurately recorded. Florida’s secretary of state agreed to a successful policy that combined the two methods by providing a paper trail for touch-screen voting machines. It looks like that trail was comprised of millions of perfectly round punched-out holes, falling freely, and far, from their ballots.

KINGSEY FALLS, QC — Cascades has been admitted to the Customs and Trade Partnership Against Terrorism, C-TPAT. Designed to provide increased security at every stage in the supply chain, the program was created by the U.S. Department of Homeland Security after September 11th, 2001. The operation will also work to promote cross-border commercial exchanges through close cooperation between the government and the private sector.

To gain admittance to the program, companies must agree to adopt strict security regulations at the raw material supply stage as well as the shipment of finished products stage. In return, participating companies will benefit from faster clearance at the U.S.-Canada border.