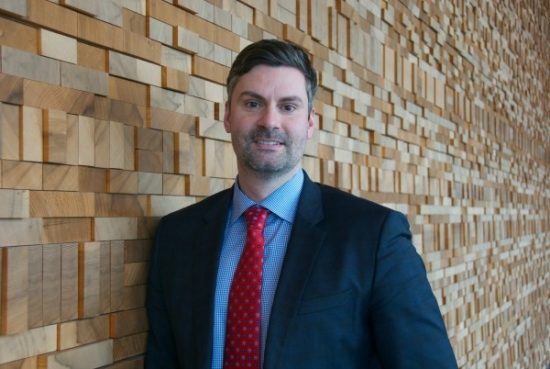 On Friday, April 17, Derek Nighbor, president and CEO of the Forest Products Association of Canada (FPAC), spoke to the House of Commons Standing Committee on Finance about how the COVID-19 pandemic is impacting the forest industry.

As of right now, the pandemic has caused a massive drop in lumber demand. As a result, around 40 sawmills across the country have taken downtime, Nighbor explains. Of those, 24 are in B.C., eight in Alberta, and the rest are in the Prairies and Eastern Canada.

Measuring against a low point

The federal government has announced a number of measures to support businesses during this time, including a wage subsidy program. Under this program, the government will subsidize 75 per cent of wages for companies who have lost 30 per cent of their revenue in March 2020 compared to March 2019.

Most forest products companies do not qualify for the current wage subsidy program. But they are still struggling to pay their employees and keep their operations going, Nighbor says. This is because the lumber market declined sharply in 2019, particularly in the first half of the year.

“If we would have 30 per cent lower revenues than March 2019, we’d be six feet under, because you’re really measuring against a low point,” Nighbor explains.

The federal government has allowed companies to measure March 2020 to February 2020.

“That created the opportunity,” Nighbor says, “for a couple of companies, but still not the majority. Some might qualify come June, but that’s not very helpful because we need the help right now.”

“The next few quarters are going to be very difficult – you look at paper and newsprint markets, you look at lumber markets. Pulp markets are looking pretty good right now, but pulp mills need chips from sawmills, so if they’re not getting the chips in the quantities that they need them, that creates issues for pulp mills. So now, if they’re not down already, they’re soon to go down,” says Nighbor.

As a result, FPAC suggested a couple of fixes, which Nighbor spoke to the MPs about on April 17.

One of those fixes includes applying the wage subsidy program on a segmented basis, or mill-by-mill for large companies that run multiple sawmills. This would help re-open some mills that have closed down.

“The other idea we floated is, the 75 per cent wage subsidy is a fairly generous subsidy, but a lot of our companies that have seen their revenue decline by 10-15 per cent could really benefit from maybe a 40-50 per cent wage subsidy,” he says. “So, could the federal government look at more of a wage-sliding scale, instead of this magic number of 75 per cent if your revenues are down 30?”

Not looking for a bailout

But the biggest issue facing the industry is liquidity. Forest products companies need cash flow supports over the next couple of months, Nighbor says.

“The next few quarters are going to be very difficult – you look at paper and newsprint markets, you look at lumber markets. Pulp markets are looking pretty good right now, but pulp mills need chips from sawmills, so if they’re not getting the chips in the quantities that they need them, that creates issues for pulp mills. So now, if they’re not down already, they’re soon to go down,” he explains.

The federal government recently announced the Business Credit Availability Program (BCAP) program to help businesses obtain financing during the pandemic, but Nighbor says that the program’s security requirements and funding cap limits might not meet the needs of some of the larger forest products companies.

“We don’t want to be taking on a lot more debt here. That’s not what this is about, especially when markets have been tough for some time now,” Nighbor says. “So, if there’s anything the government can do to adjust their lending to be a little bit more risk tolerant given the current crisis, and consider a little bit more flexibility in their lending practices, that’s something that would be really helpful to us during this time.

“We’re not looking for a bailout – I was really clear with the MPs about that,” he continues. “We don’t want a bailout because we’re pretty positive about the future, the demand for wood as a green building material and the opportunity to move away from single-use plastics into a lower-carbon economy.”

Consequently, Nighbor also spoke to MPs about ways to encourage investment in the industry in the next six to 36 months, after the peak of the pandemic passes.

“We have hundreds of millions of dollars in projects across Canada that would be ready to go in that six- to 36-month period that are going to help improve environmental performance, drive further transformation and innovation in our industry, create economic opportunities and jobs,” Nighbor explains. “We’re trying to stay a bit ahead of the problem.”

Overall, Nighbor is pleased with the response from MPs. B.C. NDP MP Peter Jullian has suggested a possible solution to the financial difficulties facing forest products companies, and is committed to following up, Nighbor shares. The Liberal MP for London North Centre, Peter Fragiskatos, has also called Nighbor to follow up on possible fixes.

“We’re really pleased to see the kind of response we’re getting, and I would say, whether it’s a Liberal, Conservative, Democrat, Green or member of the Bloc Quebecois, we’re getting a lot of really positive feedback and people trying to find a way to help,” Nighbor says. “We’re going to continue to work with all parties to find solutions that are going to work for our workers.”

Ellen Cools is the editor of Canadian Forest Industries, where this article originally appeared.