Features Research & Innovation
The Man Behind the Mill: Andr Boucher of the Specialty Cellulose Division of Tembec Inc.

"The smell of wet wood chips has always been special to me," Andr Boucher, manager of mill operations for Specialty Cellulose at Tembec's Temiscaming operation, told me in a recent interview. His com... 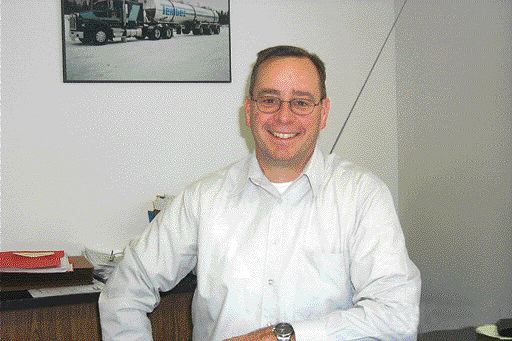 “The smell of wet wood chips has always been special to me,” Andr Boucher, manager of mill operations for Specialty Cellulose at Tembec’s Temiscaming operation, told me in a recent interview. His comment was intended to be humourous, but it also illustrated the passion that Boucher holds for the pulp and paper industry. “As I walk through the mill today, I often think about the age of the building and how far we have come since the start-up in the 1920s,” Boucher added. The pride that he has for being associated with this mill, coupled with his obvious passion for the process of pulp making, makes Andr Boucher one of Tembec’s premiere mill managers. Since its inception in 1973, Tembec’s vision has been to maintain “a company of people building their own future” and Boucher personifies this corporate goal.

The Kipawa Mill, as it was originally known, was built under the direction of C.B. Thorne in 1920. In 1925 it was acquired by CIP and for the following forty-seven years it grew to be the major employer in the Temiscaming region. In January 1972 an announcement that there were plans to close the operation shocked the region.

A large multinational corporation was shutting down the pulp mill, which was the town’s economic lifeblood. Temiscaming fought back. The mill’s former employees and town residents gained national attention by demonstrating how much the mill meant to them and to what lengths they were prepared to go to save it. Boucher commented, “That spirit is still alive in the mill today”, and he strives to instill that feeling in the newer generations of workers.

In 1973 a unique corporate entity was born when the employees joined with entrepreneurs to buy the mill and thus create Tembec Inc. The unprecedented co-operation between unions and management wrote a new chapter in the history of the Canadian pulp and paper industry. At the same time it bought renewed opportunity to the employees and residents who had bet their future on renewing the economic vitality of Temiscaming. Frank Dottori, president and CEO said at the time, “We gained national attention in our fight to save jobs, and our efforts created a unique relationship between entrepreneurs, unionized employees, the community and government”. Eight years later, in December 1981, Andr Boucher joined the Tembec team.

“That Tembec feeling”, as Boucher refers to it, was a quality that he was acutely aware of from the first day he arrived at work. With a chemical engineering degree, he joined the Tembec family and has never looked back. The specialty cellulose mill that he manages produces 165,000 tons of dissolving and specialty rolls and bales annually, with uses in textiles, pharmaceuticals, food additives, industrial chemicals and other absorbent products. Whether it’s taking an aspirin or wearing clothing with rayon in it, you make a connection with a Tembec product.

Now 46 years old, Boucher was promoted to mill manager two years ago. His managerial style has been ‘rock steady’ ever since. He proudly suggests that “there are no barriers to what we can accomplish collectively with our employees and I make sure that I am always available to the workers”. It is this philosophy of employee participation that creates the mill’s vitality, while simultaneously creating twelve-hour workdays for Boucher.

Laboratory technician, Claude St-Georges describes Boucher as “very conscientious and totally approachable, helping to create an environment where we truly enjoy coming to work.” Marcel Monette, who has worked at the mill for the past 28 years, concurs by adding, “He gives immediate answers and that is what I need in my job as the first cook.” The respect of the employees is widespread and genuine. Terrence Kavanagh, president of the paper group and long time associate, succinctly uses four words, “commitment, perseverance, hard work” to describe his friend Andr.

Andr Boucher looks at the mill today and says that he has strong respect for the both the old techniques and the new technology of today. Indeed, it is the marriage of knowledge acquired over the past 82 years, combined with today’s technological improvements that makes the specialty cellulose division mill operate successfully each day. When Boucher leaves his post late in the evening, the natural beauty of the surrounding forests, lakes and river which forms the backdrop to the plant, acts as a reminder of the special relationship that has evolved between Temiscaming and Tembec.

“PEOPLE BUILDING THEIR OWN FUTURE”

These words represent more than a catchy slogan at Tembec. They represent both an attitude and a commitment that prevails at every level of operation. Four principles uphold the vision: employee ownership, profit sharing, participative management, and open communication. In 1973 Frank Dottori, president and CEO of Tembec, said that “every employee must be a shareholder and ownership must be significant enough to give employees a real sense of responsibility. On the issue of management style, he added, “it must be different from other companies. Management doesn’t have rights in our company, we have responsibilities.”