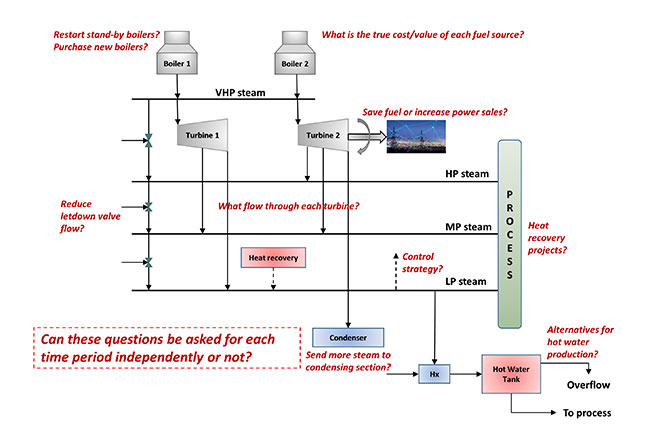 Figure 1. Diagram of a typical cogeneration system and some operational issues. Courtesy CanmetENERGY

Industrial cogeneration facilities mainly use steam and gas turbines. In a pulp mill, it is often difficult to understand which operating conditions in the steam plant maximize profitability, given the complexity of steam equipment operating envelopes, variability in energy markets and details of electricity purchase agreements.

In general, pulp mills can increase their profitability by $1-2 million per year by improving decision-making in the control room of the steam plant. In some multi-period cases, numerical optimization can add $300,000-$400,000 per year.

Canada’s pulp and paper mills are facing the challenge of competing in shrinking global markets and maintaining well-paying jobs. Reducing operating costs, including energy costs, is imperative. In addition to many energy-saving projects, improved energy management systems and other initiatives to diversify revenue streams, several mills have installed or upgraded green power generation equipment under the Pulp and Paper Green Transformation Program implemented by Natural Resources Canada’s Canadian Forest Service, or by using programs available in some provinces. At the same time, contracts between mills and utilities have become increasingly complex, making it difficult to ensure that equipment operates to function optimally with respect to all contractual flexibilities and artefacts.

Industrial cogeneration facilities generate about 11 per cent of Canada’s electricity (Nyboer, J. & al., 2016), with a significant contribution from the backpressure and condensing steam turbines of Canadian pulp mills. These systems often have operational flexibility, and finding a better trade-off between electricity sales and fuel costs can increase profitability without any investment, although sometimes difficult to achieve given the combined complexity of steam equipment operating envelopes, variable hog fuel quality and availability, variable energy market conditions, and the details of Electricity Purchase Agreement (EPA). In some cases, due to contractual or physical constraints, burning fuel at one time affects the ability to burn fuel at another time. This “multi-period” problem has some similarities with the “Unit Commitment Problem” for scheduling the economic dispatch of thermal-generating units (Sheble, GB. & Fahd, GN., 1994), for which optimization tools are well developed in the utility industry, but not in the pulp and paper industry.

Over the past few years, CanmetENERGY (NRCan) has developed the COGEN software for industrial cogeneration systems optimization (COGEN Software, 2018). Also, it has worked on the optimization of cogeneration systems in several Canadian kraft and TMP mills, in partnership with FPInnovations (Mateos-Espejel, E., & al, 2017). This article summarizes the main lessons learned from this experience, including some EPA-specific insights. Part II of this series focuses on increasing cogeneration through major investments, and Part III focuses on major investments in kraft mills in particular.

Cogeneration is a means of efficiently using a single energy source to produce electricity and useful heat, compared to their standalone production. Figure 1 illustrates part of a typical steam-based cogeneration system in a pulp and paper mill, including some of the operational decision variables at the supervisory level that allow flexible adaptation to changing circumstances through optimization.

Optimization at the supervisory level requires a precise understanding of the fuel and steam paths involved in a particular action in the control room. This largely determines the profitability of each path combination at each point in time, as energy market conditions change. Table 1 provides estimates for incremental power generation, expressed as a percentage of the incremental fuel higher heating value (HHV), for typical pulp mill conditions in terms of equipment performance and hog fuel characteristics (e.g. 50 per cent moisture content). These figures can be refined using mill-specific performance data. Table 1 shows that many path combinations have low efficiency.

The fuel path categories in Table 1, for a hog fuel–fired, natural gas co-firing boiler, are defined as follows:

The steam path categories in Table 1 are illustrated in Figure 2, and defined as follows:

When the incremental electricity produced by each turbine is valued equally, generation is more profitable from efficient path combinations. Optimization often boils down to maximizing or minimizing a path of questionable intermediate efficiency and profitability. Once this has been determined, equipment load setpoints can be increased or decreased up to the nearest limit, based on operating envelopes, beyond which generation would shift to a different path. When the nearest limit is in a boiler, control of high-pressure steam by a turbine can increase pressure stability, and vice versa (which may warrant upgrading combustion air controls for faster response on hog fuel alone).

In order to properly assess profitability, the distinction between fixed and variable costs (such as “dead” loads mentioned above) is of paramount importance when interpreting equipment performance curves, as well as for maintenance, ash handling, demineralized water make-up, fuel transport, electricity transmission, greenhouse gas taxes and permits, etc. Cost estimates should be the best estimates, not the most conservative, because a dollar lost on un-generated electricity is still a dollar lost.

Table 1 provides the basis for building a simple, robust and practical supervisory optimization tool in combination with Equation 1 (below), which provides the cut-off efficiency between path combinations to be maximized and minimized, depending on the relevant economic parameters.

For example, if hog fuel costs $2/GJ HHV, including ash handling, natural gas costs $5/GJ HHV, including carbon tax and delivery, and electricity revenue is $20/GJ ($72/MWh), net of transmission service, then the efficiency cut-off is 10 per cent for hog fuel and 25 per cent for natural gas. According to Table 1, all path combinations are profitable except those in the last row and “natural gas/other.” It is therefore optimal to maximize hog firing at all times, and add natural gas until one of the following is fully loaded: ID fan, condensing turbine throttle, cooling tower, generator, etc. Venting a portion of the steam to produce additional power would be acceptable (from a profitability standpoint!) if, at that time, natural gas is at minimum.

Setting the price of hog fuel in Eq.1 can be tricky because the co-delivery of wood chips sets arbitrary book values for hog fuel. In fact, only two pricing methods are valid for Eq.1. In the first case, there is a single discretionary source to top-up hog fuel inventory when depleted due to power generation. Eq.1 must use its price exclusively, and can be tailored to its composition (moisture, ash, rocks and debris) as it affects boiler efficiency, ash handling and maintenance costs. In the other case, there is a significant price differential between discretionary supplies already contracted or not. In this multi-period case, Eq.1 should use the shadow cost, i.e. the marginal value of having an extra ton in inventory.

For example, if there is just enough fuel for 2,000 hours of maximum-condensing generation and 6,760 hours of minimum-condensing generation, and electricity is $45/MWh for the 2,000th most expensive hour, marginal value is $45/MWh regardless of fuel costs. Solving Equation 1 using Table 1, $12.50/GJ ($45/MWh) at 24 per cent efficiency yields $3/GJ for hog fuel and related variable costs. This becomes a threshold for supply contracts renewal. A multi-period case is the BCHydro EPA, which includes time-varying prices and cumulative limits. Both firm and non-firm electricity have shadow costs that only a multi-period approach can correctly estimate, and without which natural gas co-firing during peaks cannot be decided properly. For more details on multi-period problem solving, please refer to Bernier & al., 2019.

CanmetENERGY has developed COGEN, an advanced flowsheeting modeling software to help Canadian industries optimize their cogeneration systems. COGEN combines powerful diagnostic and optimization capabilities, while taking into account operational and design constraints. A graphical user interface is used to define a flowsheet (screenshot as in Figure 3) and model any industrial cogeneration system based on steam turbines, gas turbines and/or reciprocating engines, including detailed modeling of condensate and heat recovery in steam systems (COGEN Software, 2018). Under the hood, optimization is carried out using state-of-the-art non-linear programming solvers in the GAMS language (Brooke, A. & al., 2010), which ensures that the solution presented on the screen is almost always a global optimum in terms of the choice between all available fuel and steam paths, down to small details such as whether or not to use a feedwater stage heater. 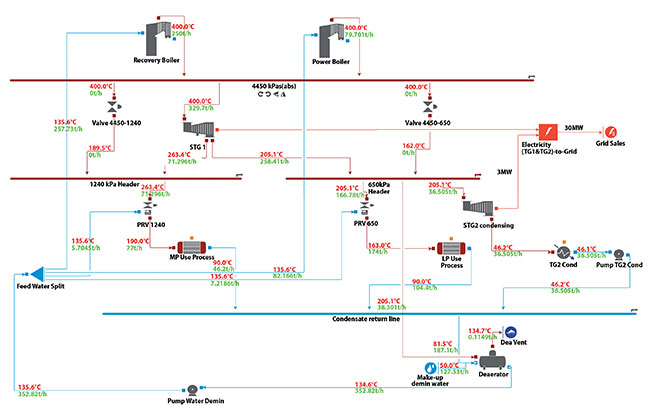 Table 2 provides a summary guideline for optimally operating a steam cogeneration system in a pulp mill, keeping in mind that values can be attached to various variable costs (such as ash handling, see Eq.1) and can refer to a shadow cost in a multi-period case.

In many instances, including multi-period cases, variable energy prices cause operations to shift between the columns in Table 2, sometimes on a daily basis. A good online optimization and/or EMS will recognize the timing of these changes, and react as swiftly as a papermaker would if paper prices at the door doubled for a few hours!

Shifting the demand of steam from one period to another can further increase profits. For energy prices that fluctuate on a daily basis, reductions in recovery boiler load, demin plant throughput and/or some intermittent steam users can be scheduled. For seasonal prices, it is possible to schedule shutdowns of hog boilers and condensing turbines.

In the most complex multi-period cases, numerical optimization may be required to find accurate solutions, but optimal operation strategies typically remain relatively simple to illustrate in a spreadsheet, and to program into the distributed control system (DCS).

Improving the operation of the cogeneration system improves mill profitability, with potential savings of $1-2 million per year, including minor heat recovery projects in the steam plant, based on pulp and paper mills where a detailed analysis was conducted (Hammache, A., & al., 2016). Where applicable, the introduction of load swings in a recovery boiler could bring additional benefits in the order of $1 million per year, and insights from multi-period numerical optimization, another $300,000-$400,000 a year.

Pulp and paper cogeneration systems are mainly based on steam turbines. It is often difficult for steam plant operators to understand which operation maximizes profitability given the combined complexity of steam equipment operating envelopes, variable energy market conditions and the specific terms of each EPA. It is critical to understand which fuel and steam paths are affected by a given operational decision, and how the profitability of these paths changes over time. The difference between sub-optimal and optimal operation can be as much as CA$1-2 million per year.

COGEN software can be used to build a plant-specific flowsheet model and reveal optimization opportunities that may be counter-intuitive and/or difficult to deduce analytically, but easy to transform into practical value-added advice in the steam plant.

In the pulp and paper industry, only backpressure power generation is fuel efficient. Condensing and other paths are less than 30 per cent efficient. From the perspective of promoting grid-wide energy efficiency and low GHG emissions, they are beneficial only during periods of high electricity demand, particularly in provinces where the electricity grid is already decarbonized.

The authors are grateful for the financial support received from the Program on Energy Research and Development (PERD-3A02-001) and the Forest Innovation Program of the Canadian Forest Service, at Natural Resources Canada.

Mateos-Espejel, E., Bernier, E., Rafione, T., and Hammache, A., (2017), Maximization of Power Export Profits by Means of Identifying and Understanding the Interactions Between the Utility System and the Process in P&P Mills, PaperWeek Canada.

This paper is © Her Majesty the Queen in Right of Canada, as represented by the Minister of Natural Resources, 2021. It was published with permission in the Winter 2021 issue of Pulp & Paper Canada.